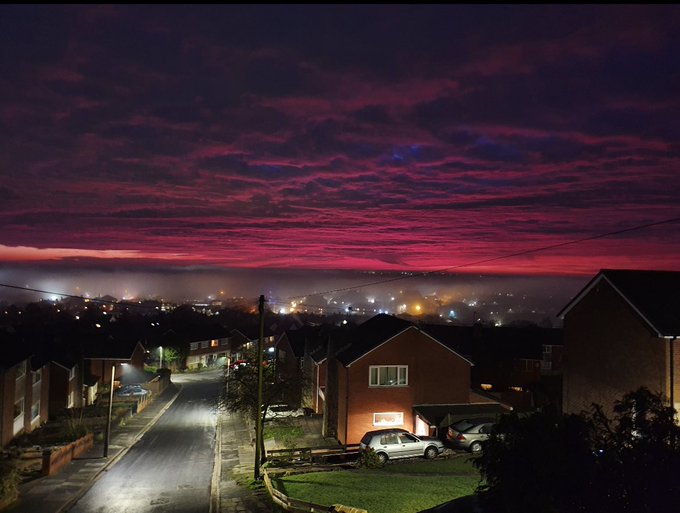 We're delighted to announce that Charlie S, Year 13 Rivington & Blackrod Sixth Form student, has been announced as the winner of the national Snap Your Town photography competition.

12 judges selected Charlie's impressive photograph of the night sky through five separate rounds. As a result, he won a brand new Nikon D3500 camera kit, professional mentoring and a signed photobook by David Stewart. He also won the opportunity to photograph the professional production of 'Innit' at The Lowry in Autumn 2023!

The youth arts charity, Innit For Young People, launched the nationwide competition online in October 2021 in partnership with Salford-based educational ICT infrastructure firm, Dataspire. Students at Rivington and Blackrod High school and Sixth Form were encouraged to get involved by Mr Hussain, Head of Art and Photography.

Acclaimed photographer David Stewart said, "This is an emotional response to it being 'my town'. You could read it as the virus lurking over the town, everybody is indoors, and the red sky is the danger warning. But individuals can put their own stories into the meanings".

A huge well done, Charlie, from us all at Leverhulme Academy Trust.